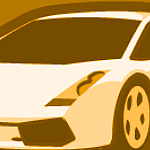 I have (and LOVE) my Intel 750 400GB PCIe. I use it as my boot OS drive on Win10 64bit for the past 8 or so months, I was very surprised to see that the "estimated life remaining" / wear leveling SMART count has already dropped to 88%. I also noticed that it has quickly dropped from 90% to 88% in the past 3 weeks with no major increase in writes on my end.

I think my write workload is pretty light: aside from win10 VM being on the drive I also left 20GB unformated / free (ie over provisioning)

I have tons of experience and usage of various SSD (most intel), ie several 24 x SSD rackmount servers of all types of intel SSD models (some enterprise, some consumer) so i have a decent feel for how wear level endurance decreases over time, and in fact this 750 pcie has dropped the fastest of any SSD ive ever seen.

According to my calculations (from the SMART data host bytes written) ive only written about 8 TB of data which isnt a ton for 8-10 months of boot drive type workload. CrystalMark Disk Info also shows 7900GB written / 12.8TB read

Can anyone shed some light on this? or maybe my calculations of data written is incorrect?

PS / FYI: i did install / update to the intel supplied nvme drivers as soon as win10 was installed

We understand the wear out of the drive has decreased a lot in not even the first year, this is not normal, but, we would like to verify some things first:-What are the specs of your system? (Include motherboard BIOS version)-We understand this is your boot drive, what is the workload you put on this drive?We will be waiting for your response.NC
1 Kudo
Share
Reply

Thanks for the quick reply!

My workload is such that I use the PC daily, it's a bit hard to describe but I do a lot of web browsing (Google Chrome) and run several network management tools as I specialize in network security and network IT As well as do some web oriented programming (php , Java, sql). I also have Adobe Photoshop in premiere Pro but don't use them very often although I have from time to time for small jobs. Being that I am in IT, I'm aware of what type of activities would write to a disk/SSD, I often look at resource manager disk tab as well to see which processes might be reading or writing and rarely see anything unusual ( however I've only been using windows 10 for about a month and all my prior use was on Windows 7 both boot on the 750 pcie) . I barely do any gaming although I have played Battlefield 4 online a few times on this system.

More so than my workload wouldn't the SMART data be a bit more relevant as it shows the write amplification as well as the bytes written and p/e data (or maybe that data could be in accurate?) ?

I do also have 2x Intel sata SSDs in raid 0 as well as 2x 2 TB Hitachi hdds in raid 1, and in addition a majority of my data is located on a raid 6 server ( so a lot of my data is accessed through a network share, i.e. My local "my documents" folder is practically empty ). For example: of the 350 GB formatted space on my boot 750 SSD (400gb version), I have about 202 GB free.

I did do a few benchmarks on the 750 SSD when I first got it ( bc it's such a cool, fast drive! but during those benchmarks it was a secondary, non boot drive as I was just testing it) I do have those results saved. Current benchmarks show the drive still performing very well although some numbers are a bit down but that maybe because it's actually the boot drive under these current benchmarks versus the originals benchmarks. None of the benchmarks I've ever ran were endurance type tests nor heavy write wise.

I can provide any additional info you may need. Thank you!

EDIT (july 23 2016, 922pm): My wear leveling has now fallen to 87 (from 88) in the past day or 2 (I def. haven't done anything write intensive recently that i can recall except normal daily use), im attaching an updated exported CSV from Intel Toolbox (also the one from 2 days ago when WL was at 89) . BTW, i forgot to mention earlier i do have screen shots of the SMART "details" data from intel toolbox going all the way back to November 2015 when i first got my 400gb 750 pcie (i took screen shots bc i noticed the wear leveling was falling pretty quickly, so about every 3 weeks i would save/log screen shots of all the smart data, i can post those if that would help)

A quick/recent timeline from that prior data:

(note: the Host Reads/Writes data in ( ) is from CrystalMark Disk Info 7.0.0 the wear leveling number and Nand bytes written/reads is from intel toolbox, both apps are taking their data from the 750's SMART stats)

EDIT 2 (july 24 8:32pm cst)- Overnight, last night, i kept note of how many GB my PC writes to the 750pcie SSD (boot) while im not using it (i did this via CrystalMark DIskInfo reading the SMART data from the 750pcie for Host Writes). While my PC was not being used for 13 hours ( i did have several google chrome windows and tabs open as well as a few other small apps running, all across a few windows 10 "virtual desktops" [the alt-tab kind of virtual desktop, not real "VMware type" virtual machines]) 4GB of data was written to the 750 SSD. I find this to be somewhat normal for a boot drive with several apps running idle though..

Also one option i though of is: being that i have a separate raid0 array of 2 x sata intel SSD drives, i could move my Windows 10 "Virtual memory paging file" to that location if you all think that would help. I guess the real question here is: Should my wear level be at 87 after 7-8 TB of data has been written to the drive (according to SMART stats)? That would predict i can only write ~70 TB total before the wear level is at 0 and my 750 PCIe locks itself in Read Only Mode until power off (at which point it will brick itself if i recall correctly).

Thanks for replying back and the information provided. We highly recommend you to please get in contact with our support department in order to further assist you with this situation.You can contact them over the phone, chat or e-mail in the following http://www.intel.com/content/www/us/en/support/contact-support.html# @16 link.Please let us know once you have contact with them.NC
0 Kudos
Share
Reply

Ok, I have opened a Intel Service request support ticket. My ticket / reference number is: 01553540 I have cited this thread in the ticket request as it contains alot of info related to my issue.

Btw, My SMART Wear Leveling Count has now slipped to 86 in the past day or 2 (whereas my Total Host writes for this drive has only increased about 75-100 gb from 87 to 86)

also when i bench mark the 750 pcie, the results are quite a bit slower than my orginal benchmarks i recorded from day 1. This could be bc the 750 is now a boot dirve vs a 2nd drive during benchmarks, but i did take care to ensure that very little disk IO was occurring when i ran these recent benchmarks. ( i also moved my win 10 VM page file over to a separate intel SSD drive i have connected) However my VM page file rarely would grow beyond 3gb in size (its set to use between 1024mb and 24gb in windows VM settings, so a 3gb page file is small / pretty un-used - so i dont think that the page file was causing alot of write activity when it was on the 750, however i can't be sure of this)

thanks for all your quick help with this issue.